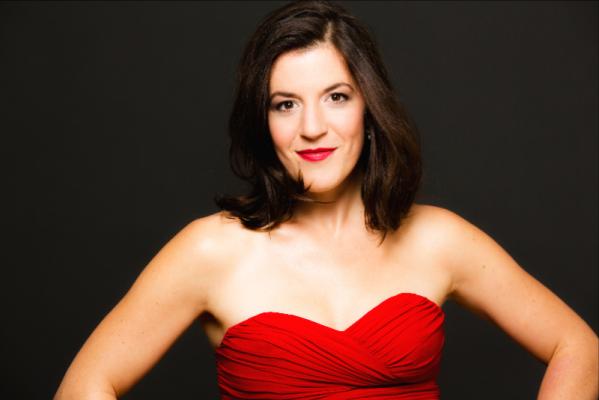 Praised for her shimmering and expressive voice, the Montreal soprano Andréanne Brisson Paquin captivates by her just and personified musical interpretations. Among her recent concert and recital engagements in Canada and Europe, she has participated in the Festival de musique baroque de Pontoise with the Ensemble Masques, the Festival Classica conducted by Jean-Claude Malgoire, the Festival Bach de Montréal alongside the great musicologist Gilles Cantagrel, the Lufthansa Baroque Festival during a concert aired by the BBC in London, and the Journées de musique ancienne de Berlin.

Her next engagements include the Brahm's Requiem Allemand at the Maison Symphonique de Montréal, Mendelsohn's Psalm 42 and Schubert's rarer Mirjams Siegesgesang. She will participate in the benefit concert of the I Musici orchestra and will debut at the Festival de Lanaudière under the direction of maestro Jean-Marie Zeitouni. She will also be participating in a baroque music recital in August at the Montreal festival Ahuntsic en Fugue, and will also be performing Handel's Laudate pueri dominum as well as a recital of works of Dvorak and Ravel at the Rendez-vous Musical de Laterrière in the Saguenay - Lac-St-Jean area.

Winner of numerous national and international awards, in May 2014 she took 2nd place at the Concours National de musique Eckhardt-Gramatte for contemporary Canadian music with the pianist Matthieu Fortin.  Andréanne has also won the 2013 Prix d'excellence Guy-Soucie and took 2nd place at the Concours international de musique de chambre de Lyon in 2013 with the pianist Michel-Alexandre Broekaert.  Additionally, she has been the recipient of the Prix de la Fondation des Amis de Francis Poulenc as well as the Duo Award accompanied by the pianist Francis Perron at the Joy in Singing Competition of New York.

Andréanne approaches baroque, classical, and contemporary concerts with equal and relative ease. Committed to the promotion and distribution of new music, she regularly participates in the creation of works by both domestic and international composers. In France, she has sung the role of the Spectre in Frédéric Verrières's opera The Second Woman which she played at the Reims, Caen and Besançon operas with the Ensemble Court-Circuit, the role of Zana in the children's opera The Emperor's New Clothes produced by the Montreal company Vox Populi as well as the role of the Kolorature in the opera Kopernikus by Quebec composer Claude Vivier. In October 2013, she participated in the creation of the « Cantate pour un fleuve » by Quebec composer Gabriel Thibaudeau for the 150th anniversary of the city of Beauharnois.

She graduated from the Amsterdam Conservatory and the Université de Montréal and has been perfecting her technique at the Centre d'Arts Orford, the Académie Francis Poulenc and the Canadian Vocal Art Institute. She has benefited from the counsel of Elly Ameling, Dalton Balwin, Barbara Hannigan, Rudolf Jansen and Susan Manoff and has worked with conductors Yannick Nézet-Séguin, Alain Trudel, Louis Lavigueur, Julien Proulx, Agnes Grossman, Skip Sempé, Jed Wentz, Martin Gester and Helmut Rilling.