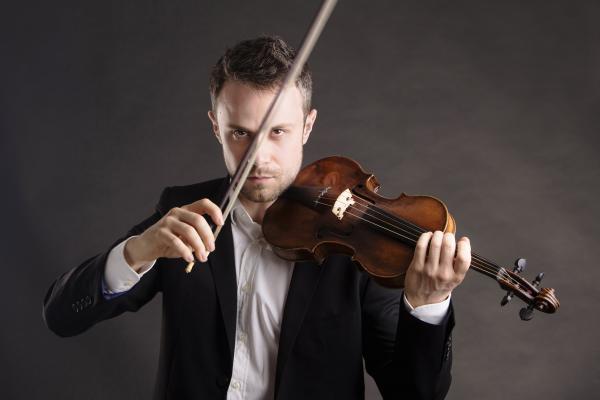 Born in 1983 in Moscow, Boris began studying the violin at the age of seven and went on to graduate from the Moscow Conservatory in 2007. He continued there with postgraduate studies in chamber music, graduating in 2009.

As a soloist Boris has worked with conductors Giovanni Antonini, Enrico Onofri, Rinaldo Alessandrini, Ottavio Dantone and many others. He has also guest conducted from the violin with Baroque orchestras Accademia Bizantina, Il Pomo d’oro, Cappella Gabetta, Montis Regalis and the Canadian Baroque orchestra, Arion. As guest conductor he has also worked with notable soloists, among them, Vivica Genaux, Max Cencic, Francesca Aspromonte, Simone Kermes and others.

In 2015 he created his ensemble “Arsenale Sonoro” whose first cd, "Telemann violin sonatas" (Deutsche Harmonia Mundi), rapidly gained success among critics worldwide. In November 2017, his second recording, "Sei Solo", a double CD of the Sonatas and Partitas by J.S. Bach (DHM), was released. Among the acclaim received, was Gramophone magazine's praise:

“... Full, strong and vibrantly toned, technically superb and beautifully ornamented, these are fresh and immensely human-sounding…”  Boris’ most recent solo album “Le nuove vie” was released in June 2021 by Naïve records as a part of the prestigious Vivaldi Edition. The six late virtuoso concertos feature Concerto Italiano conducted by Rinaldo Alessandrini. The recording is getting great reviews from critics around the globe, among them a “Concerto Choice” in September issue of BBC Music Magazine: “This thrilling Vivaldi is a dazzling ray of sunshine”