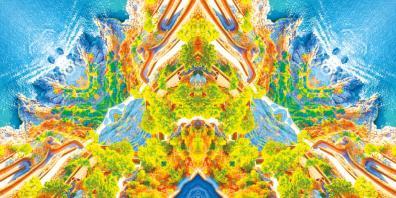 The Strings That Sing

Sammartini, Boccherini, Cambini: Milan, Madrid, Paris. That is how Italian music conquered Europe at the heart of the 18th century. Their music has been called baroque, gallant, pre-classical, classical, according to the work, the date, the country where these composers made a career. Difficult to decide, for these compositions are situated at the crossroads of styles, at the time of the excitement of instrumental music that looks for new forms by drawing on old ones.

Reuniting the three composers, contemporaries of Haydn and Mozart, this concert program makes us hear how the classical style crystallized in the repertoire of the symphony and concerto, going through the detour of the sinfonia concertante.

Sammartini reminds us of the origins of the classical symphony; Cambini composes an orchestral work making room for the dialogue between two solo violins that merge into the ensemble; Boccherini, cello virtuoso, makes the vevelty voice of the instrument sing in a dozen concertos. The one on the program is particularly coloured by the accompaniment of the horn and two oboes that complement the strings.

The concertos for cello and orchestra are few compared to the works for violin. The instrument is relatively recent, invented in the middle of the 17th century in order to reinforce the part of the continuo. It has replaced the gamba, too timid for the concertante style. Boccherini is the first to grant it the star soloist, by emphasizing its singing timbre, close to the human voice.

The three musicians, prolific composers, are also high level performers and know all the secrets of strings. But a new step starts for orchestral music, experimenting with new sounds, enriched by timbres of wind instruments. The Mannheim School isn't far, neither are Haydn and Mozart. The Boccherini symphony illustrates these innovations, rich in dynamism, effects and sound colours serving musical expression.

Dujka Smoje was a professor of musicology at the Music Faculty of the University of Montreal for 35 years; she is now active as a professor emeritus. She presents lectures at the Museum of Fine Arts and the Belles soirées (Continuing education) of the University of Montreal. Her academic background, begun at the Sarajevo Music Academy, continued first in Paris, then in Poitiers, was completed by a PhD in history from the University of Poitiers (1967). Her fields of interest include medieval musicology and musical aesthetics. She has published many books and articles in these fields, getting the Opus Prize in 2003 for article of the year. Currently, she pursues work in the field of musical iconography during the 20th century.

*The lecture will be given in French.

Symphony concertante in F Major for 2 violins and orchestra 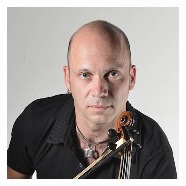 Kate Bennett Wadsworth is a cellist devoted to historical performance of all periods. With baroque ensembles such Arion, Tafelmusik, B’Rock, Apollo’s Fire, Aradia, Clarion, Masques, and the Theatre of Early Music, she has appeared at festivals th...