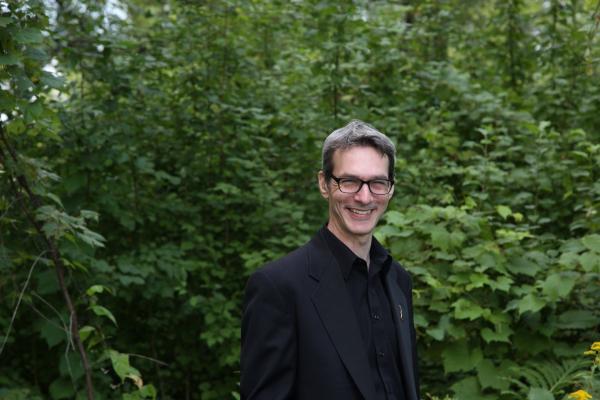 Besides his most recent collaborations with the Voix Baroques for the Early Music Vancouver Festival and the Clavecin en concert ensemble (Luc Beauséjour) in Montreal, he has also performed with the main baroque music ensembles in Quebec, such as Les Idées Heureuses (Geneviève Soly), Les Boréades (Francis Colpron), as well as at the Festival de musique baroque de Lamèque (NB) with Mathieu Lussier, at the Grand River Baroque Festival and with the baroque ensemble of the Parry Sound Music Festival (ON).

After nearly ten years of teaching the bass and chamber music in the conservatory network in Quebec (Chicoutimi and Trois-Rivières), he has been teaching for a few years at Bishop University (Lennoxville) as well as for a few high schools in the Laurentides and Lanaudière areas in Quebec. Furthermore, he is starting, this year, a new job at Collège Lionel-Groulx (Sainte-Thérèse).

His extensive professional experience has earned him the recognition of his peers at a Canada-wide level in addition to bringing him on the greatest European and North American stages (Vienna, Paris, Bergen, Amsterdam, London, Salzburg, New York, Los Angeles, Chicago) as well as to Mexico and Ecuador.

New steady member of Arion, Dominic has also been a member of the Orchestre symphonique de Sherbrooke and the Ensemble Sinfonia de Lanaudière for many years, in addition to being the first supernumerary for the I Musici ensemble in Montreal. He is otherwise regularly called as supernumerary for the Orchestre Métropolitain and other renowned Quebec ensembles such as the NEM.