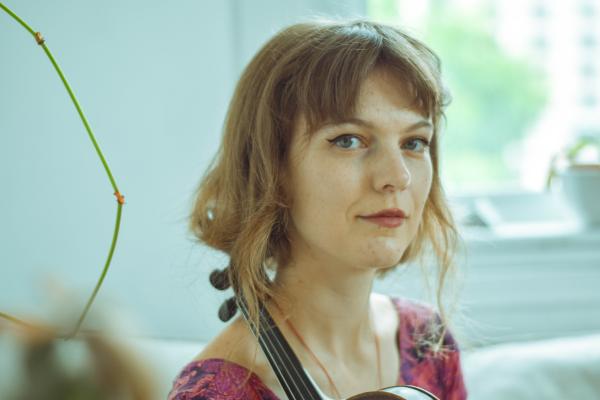 During the final session of her undergraduate degree in violin performance at McGill University, Marie NadeauTremblay decided to try her hand at the Baroque. She joined the university’s Baroque orchestra and fell head over heels in love! Transported by the beauty of this music— and finding resonance with its mode of expression— she decided to plunge headfirst into the Baroque world. After obtaining a Licentiate Degree, she pursued further studies, receiving a Master’s Degree in Early Music Performance. After being awarded numerous prizes and scholarships at McGill — including the prestigious Mary McLaughlin prize, which she won four years in a row — Marie Nadeau-Tremblay received an Early Music America grant in 2017. More recently, in 2019, she swept the honor roll of the Concours de musique ancienne Mathieu Duguay with an unprecedented four awards: First Prize, the People’s Choice Award, the Festival Montréal Baroque Prize, and the Été musical de Barachois Prize. Named “Révélation Classique Radio Canada 2021-2022”, Marie is also awarded the Choquette Symcox prize by the Jeunesses Musicales du Canada this year. Her album La Peste (2020) was named one of the 20 best classical albums of 2020 by the CBC and was nominated for a Juno Award. Her first solo album, Préludes et Solitudes, will be released in September 2021 under ATMA Classique label.