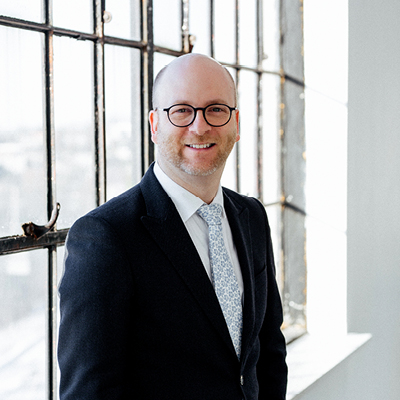 Recently appointed Artistic Director of Arion Baroque Orchestra, Mathieu Lussier has been associated with les Violons du Roy as Conductor-in-residence in 2012, and Associate Conductor from 2014 to 2018, Lussier has led the orchestra in concerts in Quebec, and on tour in greater Canada, the United States, Mexico and Brazil, collaborating with artists such as Marc-André Hamelin, Philippe Jarrousky, Alexandre Tharaud, Jeremy Denk, Jean-Guihen Queyras, Julia Lezhneva, Anthony Marwood and Karina Gauvin. Previous appointments include Artistic Director and Conductor of the Lamèque International Baroque Music Festival, where he served from 2008 to 2014. As a soloist, Mathieu Lussier has energetically and passionately promoted the modern and baroque bassoon as solo instruments for more than two decades throughout North America and Europe. He also devotes considerable time to chamber music as a member of ensemble Pentaèdre de Montréal. Since the summer of 2014, he has been Professor at Université de Montréal. His numerous solo recordings include over a dozen bassoon concertos (Mozart, Vivaldi, Fasch, Graupner, Telemann, and Corrette), a CD of bassoon sonatas by Boismortier, three CDs of music for solo bassoon by François Devienne, and two CDs of wind music by Gossec and Méhul. Mathieu Lussier is also a respected composer, with a catalogue of over 50 titles heard regularly in the concert halls of North America, Europe, Asia and Australia. In 2018, He composed the score for « La chute de l’empire américain » from Oscar winner Denys Arcand. In August 2009, his piece Bassango, in its version for bassoon and string orchestra, won the third prize in the Contemporary Classical Song category at the Just Plain Folks Awards of Nashville, Tennessee. Mathieu Lussier’s music has been recorded on numerous occasions and is broadcast all around the world. “Dos Tropicos,” a wind quintet written in 2001, has been performed over 100 times in Canada, Europe and the United Kingdom. His compositions are published by Trevco Music (USA), Accolade (Germany), June Emerson (UK) and Gérard Billaudot (France).