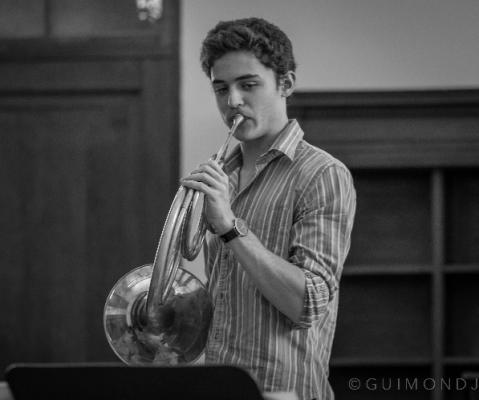 Originally from Montreal, Simon first completed his studies with Louis-Philippe Marsolais and Nadia Côté at the Montreal music Conservatory. Simon went on to obtain his master degree in early music performance at the Amsterdam Conservatory, under Teunis van der Zwart, in the spring of 2019. Some months later, he won the first prize in the International Horn Society natural horn competition, in Ghent, Belgium.