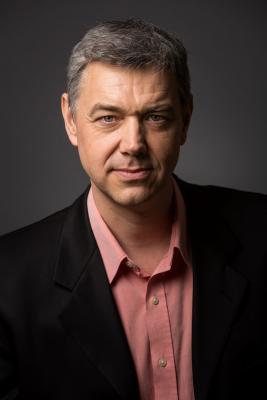 Tenor Michiel Schrey was born in the Netherlands and raised in Kingston, Ontario, and is well-known to concertgoers in Montreal, his adopted home. He has performed in concert and oratorio throughout Canada as well as in the United States, England, Austria and South Korea. He has sung opera and Baroque opera, from the earliest works such as Monteverdi’s Orfeo and The Coronation of Poppea, to great works of Gluck, Mozart, Verdi and Strauss, and numerous premieres. He has been a soloist and ensemble singer with the Studio de Musique Ancienne de Montréal for more than 31 years.

Some recent and future projects include a tour of “Sea Songs” with La Nef (most recently at the Ottawa Chamber Music Festival and the Festival de Chants Marins at St-Jean-Port-Joli). Next summer, he will appear with La Nef and Canadian singer-songwriter Sarah McLachlan at a Victoria Symphony pops concert. He starred in several recent productions with the Ensemble Contemporain de Montréal, including the “comic-book-opera” Hockey Noir, which premiered at the Monument National, and played in Brussels and Mons, Belgium. He is at present also working on a new opera by Tim Brady. Michiel began teaching Voice at Concordia University in 2014.